Office of the Speaker

Rolse & Functions of the Office of the Speaker

The Speaker ensures that discipline and decorum is maintained throughout the conduct business of the Nitijela. All laws that have properly been passed by the Nitijela come into effect only on the date such laws receive certification by the Speaker.

In addition, the Speaker is responsible for formally appointing the President elect and Members of the Cabinet to Office. Whenever the Speaker is unable to carry out his or her duties, the Vice Speaker will assume such responsibilities.

EDUCATION
1998 - Certificate in Health Care Financing at Boston University, USA
1977 to 1978 - Legal Research, Civil Procedure I & II, Torts I & II, Contract I & II
Community Property & Real Property at Northwestern State University, College of Law, USA
1970 to 1974 - Bachelor of Arts in Political Science at University of Hawaii, USA
1960 to 1970 - Diploma at Thurston Senior High Springfield, Oregon, USA
1966 to 1969 - Marshall Islands High School, RMI
1964 to 1966 - Certificate at Likiep Elementary School, RMI
1955 to 1963 - Likiep Holy Rosary School, RMI
POST GRADUATE
Management for Senior Level Personnel in Government
Strategic Management and Budgeting
Personnel Management and Leadership
Government Leadership, USDA, 1991
SERVICE RECORD
2012 Present - Speaker of the Nitijela (Parliament)
2008 to 2012 - Member Elected to Nitijela from Likiep Atoll (Senator)
2004 to 2008 - Member of the Cabinet, Minister of Justice, Member Elected to Nitijela
2002 to 2004 - Secretary of Foreign Affairs, Ministry of Foreign Affairs, RMI
1992 to 2002 - Secretary of Health & Environment, Ministry of Health and
1986 to 1992 - Secretary of Resources & Development, Ministry of Resources &
1983 to 1986 - Chief Clerk of Nitijela (Parliament), Legislative Branch, RMI
1980 to 1983 - Assistant Legislative Counsel, Legislative Office for the Nitijela, RMI
1978 to 1980 - Translator/Interpreter, Nitijela, Legislative Branch, RMI
1975 to 1977 - Legal Counsel, Micronesia Legal Service Corporation (MLSC)
1974 to 1975 - Teacher at the Marshall Islands High School (MIHS)
APPOINTMENT TO BOARDS:
2012 to 2015 - Member & Chairman, Board of Governors, Pacific Islands Development Bank (PIDB)
2004 to 2007 - Vice Chairman, Board of Director, Micronesian Legal Service Corporation
1990 to 2004 - Chairman of the Board of Directors, Marshall Islands Development Bank
2002 to 2004 - Chairman of the Board of Directors, Marshall Islands Marine Resources Authority
2000 to 2003 - Chairman, Board of Directors, Marshall Islands Environmental Protection Agency
1995 to 1998 - Chairman, Assumption School Board
1987 to 1990 - Chairman of the Marshall Islands Scholarship and Loan Board
1986 to 1989 - Chairman, Foreign Investment Advisory Board
1985 to 2004 - Member, National Board of Education
SECIAL INTEREST/HOBBIES
Farming; especially planting of coconut trees & other eatable crops
Fishing;
Reading.
5th Speaker of Nitijela (2010 to 2011) 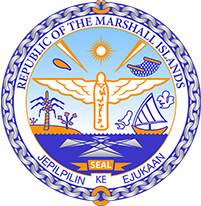